Star Power: BRAVE CF scouting program catapults fighters to stardom like no other

By admin
Jul 26, 2020 Leave a comment
in KHK HOLDING COMPANY 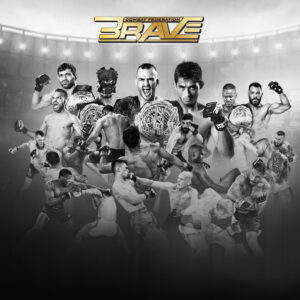 It’s a consensus in every major sport, a team or league’s power can only be measured by the amount of talent that it can raise, scout, nurture, and develop. In Mixed Martial Arts, although, it’s not always like this.

During many years, practically every single other organization in the world decided to either be a feeder to the UFC or collect that scraps of the North-American organization, benefiting from whatever promotion and marketing had been already done for them.

Coming into the Mixed Martial Arts industry with a transformative vision since day one, BRAVE Combat Federation, the Bahrain-based promotion founded by His Highness Sheikh Khaled bin Hamad Al Khalifa, proposes a different approach: why not find the talent wherever it is and build your own set of stars?

The idea is not by chance, as the bigger plan carried by BRAVE Combat Federation includes a systemic organization of the sport of Mixed Martial Arts, which, by itself, would lead to a structure in which talent and skill would be rewarded in opposition of pure marketability — the current case with event-business organizations.

In order to kick-off such a bold plan and urge for a dramatic change in the sport as a whole, of course, BRAVE CF would start things internally, having the promotion itself as the best exhibit of the success of a system founded upon intense scouting and talent searching.

The logical consequences of said measures soon arrived and athletes that were once famous within a limited combat-sports-oriented community in the Middle East became international stars, recognized by their feats within a truly global platform.

From the moment they stepped into the global stage and competed against the best of the best from every corner of the world, names like Jarrah Al-Selawe and Mohammed Fakhreddine, to name a few, became favorites for fight fans all over the world.

Even when speaking about more traditional markets, such as Brazil and the Philippines, BRAVE Combat Federation’s power of turning locally relevant athletes into international superstars was perceived and brought the likes of Luan “Miau” Santiago, Cleiton “Predator Silva, Marcel Adur, Stephen Loman, among others, to discussions about the best of their respective divisions regardless of affiliation.

Recently, two BRAVE CF alumni, Khamzat Chimaev and Amir Albazi, gained headlines after their performances in recent UFC cards. The comments were accompanied by praising towards BRAVE CF’s scouting system, and the ability of the fastest-growing MMA promotion in the world to find and develop talent.

The latest example of BRAVE CF’s capabilities when it comes to find gifted athletes and offer them the right conditions to perform at their best came when the promotion announced an eight-man tournament for its inaugural Flyweight world title, featuring an athlete who has given Albazi his only pro loss: Jose “Shorty” Torres, who started off his career under the KHK MMA system, as well as other stars in their own rights.

From athletes that were raised and brought to stardom under BRAVE CF’s system to veterans that saw an opportunity like no other, the tournament became a beacon of hope for the Flyweight division.

While the talk within the industry was about how the 125-pound division wasn’t worth the investment, BRAVE CF put together the strongest ensemble for a single tournament in order to not only decide the best in the world but offer a top level of competitiveness for those who were once relegated to secondary roles elsewhere.

With a constantly expanding roster and a flair to find talent no matter how hidden it might seem to others, the only question left is: Who will be the next superstar brought up by BRAVE Combat Federation?