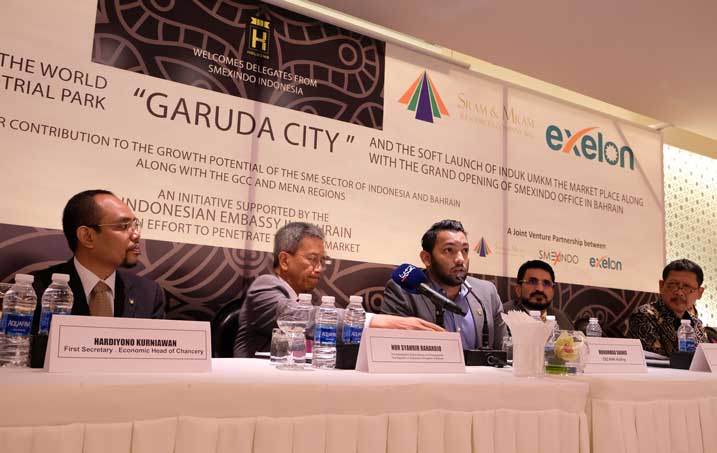 By admin
Jan 11, 2018 Leave a comment
in KHK HOLDING COMPANY 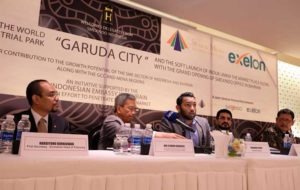 Manama: SRAM & MRAM Resources Company WLL, a leading international conglomerate with footprints across 5 continents and 12 countries has now embarked on its journey to setup its biggest business in the Middle East with Bahrain as the epicentre for the larges tmarket place ever in this side of the world. A venture started by its visionary Chairman Mr. Sailesh Lachu Hiranandani whose vision is to tap into the vast unexplored potential of the middle east by bringing together the rich cultures of the Far East and the Middle East and make a potent market force that could act as the balance between the vastly developed west and the developing far east and middle east.

The company has been in the forefront of a whole gamut of operations and currently along with its partners SMEXINDO and Exelon have decided to venture into the new untapped domain with the MENA region and use the full potential of the free trade markets of the middle east to create a global market place which will for the first time bring in the Businesses, Governments, NGO’s, Charity organisations and the consumer all

under one roof. The objective would be to create a virtual store which could supply a safety pin and also an aeroplane. A virtual superhighway is what is being planned by Mr.Hiranandani and his partners viz.Mr.Samsul Hadi, Mr.Hariadi Saptadji, Mr.Mohammed Mansoor and Mr. Mohammad Shahid.

Speaking at the conference to highlight “THE CONTRIBUTION OF THE SME SECTOR IN THE GROWTH POTENTIAL OF ANY NATION”, Mr.Mansoor, Manging Director, Exelon and currently a wholetime director in SRAM, a visionary himself in the middle eastern development programmes envisaged the need to bring in the smaller organisations or to be more specific, strengthen the SME sector as the pivot point for growth of any country and its business. The nerve center of any industrial growth is the SME Sector. Without the cog being in the right place businesses will slump and lead to drastic reduction in industrial growth.

Mr. Samsul Hadi, Head of the advisory Board and the founder of SMEXINDO, and the pioneer in bringing micro and macro financing architecture to the SME sectors in Indonesia has been in the forefront of Industrial growth in Indonesia. He along with his team of experts have built a growth map for the industrial growth of Indonesia with its pulse on the micro financing of the SME sector thus enabling the smaller companies to play a dominant role in the enterprise building exercise. His dream project INDUKUMKM, the market place for SME across the globe is a mission to revolutionise the SME sector like never before. He has roped in over 5000 companies from across the globe to be part of the market place thus starting a business module that will enable itself and be the future industrial revolution. The renaissance that the whole world is waiting for.

Ms.Rika Ayuna, Managing Director, SRAM & MRAM & SMEXINDO, emphasis the need to strengthen the base of the industrial growth pyramid which forms seventy percent of any industrial revolution. The 30% of all the top industries are entirely dependent on the ancillary companies which grow as an offshoot to the bigger industrial players but without whom the larger industries cannot survive or thrive. So by strengthening the SME sector we will actually build a stronger and wider foundation which will be able to weather any storm that may arise in the future by being symbiotic in its approach to growth. Each of the SME sectors can feed off each other thus enabling faster and sustained growth.

The Indonesian Ambassador Extraordinary and plenipotentiary in Bahrain, Mr. Nur Syahrir Rahardjo, says that he proposes to bring in the technological expertise of SRAM & MRAM and SMEXINDO to brand INDUKUMKM and help diametrical growth in the SME sector in the developing nations. He says he will strive for the symbiotic growth of all the nations involved and help synergise the growth potential of the Indonesian community with the hard work and labour of the people of Manama, Bahrain.