By admin
Oct 06, 2020 Leave a comment
in KHK HOLDING COMPANY 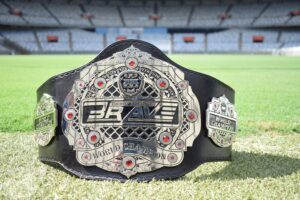 The international DNA is part of BRAVE CF since its inception, born in Bahrain, in the heart of the Middle East, BRAVE CF quickly expanded its operations overseas and had success especially in Asia, where it has developed to Indonesia, Philippines, Kazakhstan, Kyrgyzstan, India, Pakistan, UAE, Saudi Arabia, and Jordan, having its footprints in South, West, Central, and Southeast Asia.

BRAVE CF has successfully implemented its vision and mission by establishing on-ground presence, giving the local athletes an international platform to perform, and working side-by-side with the national federations and local governing bodies to develop a new system to the sport of Mixed Martial Arts.

The cultural and diplomatic impact of BRAVE CF cannot be overstated. The promotion has caused significant cultural exchange between the nations, it’s visited and promoted business and government relations as well.

BRAVE CF just finished the “Kombat Kingdom” Series, a series of three consecutive events held in the Kingdom of Bahrain that showed the power and influence of the organization — bringing together athletes from 20 different countries and making headlines internationally.

The business endeavors of BRAVE Combat Federation expand beyond the MMA cage, with broadcasting rights, distribution agreements, and a whole array of licensed products endorsed by the BRAVE CF brand. The future is bright and fortune favors the BRAVE!