By admin
Jul 15, 2020 Leave a comment
in KHK HOLDING COMPANY 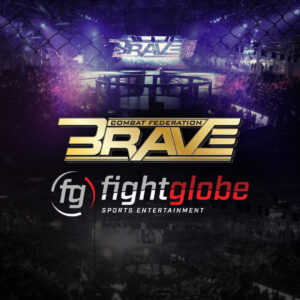 The Bahrain-based MMA promotion is considered one of the fastest-growing sports promotions in the world and has hosted 34 events globally in a little over 3 years.

“We are thrilled to represent BRAVE CF and look forward to working with their team,” said Sabine Kesseler, CEO of FIGHT GLOBE. “BRAVE CF is one of the reasons why we are in the MMA business. It guarantees top-notch fight and superb production. It is very impressive what they have accomplished in such a short time. ”

BRAVE CF President Mohammed Shahid added, “As the only truly GLOBAL MMA Promotion, we are pleased to add the largest distributor of fight content worldwide to our BRAVE family. We are confident that Fight Globe will accelerate our effort of introducing fans around the world to our VISION and content as the fastest growing MMA promotion in the world.”

Earlier this year BRAVE CF had postponed BRAVE CF 35 to 37 due to the worsening COVID-19 pandemic. However, Bahrain based MMA pioneer Mohammed ‘The Hawk’ Shahid, made the much-anticipated statement recently that it will resume its roster announcing several more events for 2020 starting with BRAVE CF 35 taking place on July 20th in Romania.

About FIGHT GLOBE
FIGHT GLOBE (FightGlobe.com), an Athletic Sports Group company, is the largest distributor of fight content worldwide. It owns, manages, and distributes television media rights and has established an exemplary track record in distributing TV and media rights for sports federations, promoters, and rights holders. FIGHT GLOBE represents some of the most popular and influential combat sports events from all over the globe. Annually FIGHT GLOBE distributes over 500 live combat sports programming, ancillary fight sports content, and hundreds of hours of archived content to broadcasters, in more than 150 countries across the world reaching 1 billion-plus households.

About BRAVE® CF
BRAVE CF is the fastest growing global MMA organization in the world, with the best talent scouting program.  Headquartered in the Kingdom of Bahrain, BRAVE CF events are broadcasted around the world, delivering exclusive live events, fight and combat sports content on demand.
Visit bravecf.com for more information.