By admin
Sep 22, 2020 Leave a comment
in KHK HOLDING COMPANY 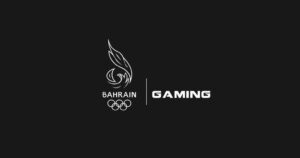 The Bahrain Olympic Committee, in cooperation with the Khalid Bin Hamad Sports Organization (KHK) and Bahrain Comic Con (BCC), has ended the three electronic game tournaments for FIFA20, PUBG MOBILE & FORTNITE, which were open to the general public and the fans of electronic games.

All the game tournaments were open to all ages and groups which also saw intense and extreme competition between the participants.

The Bahrain Olympic Committee Championship for electronic games was full of fun, excitement and tough competition with the participation of every resident who enjoys playing video games!

With over 5000 players registering for the tournament ready to compete against each other in an environment like no other, this event aimed to contribute and support the governments procedures for the stay home campaign while also recognizing the gaming community of Bahrain!

Keeping the viewers in mind, these competitions were broadcasted directly through the media platforms of Khalid Bin Hamad Electronic Sports Organization which saw over 15,000 views allowing everyone to be able to watch the matches live from the comfort of their own homes and support their friends playing for the tournament!

All fans of the FIFA20, PUBG & FORTNITE had the opportunity to compete in all three games. To furthermore, appreciate the winners, the Olympic Committee allocated up to $25,000 as the prize pool for the winners of the games.

We extend a warm congratulations to all the players that won and a huge thank you to everyone that participated in the tournament.